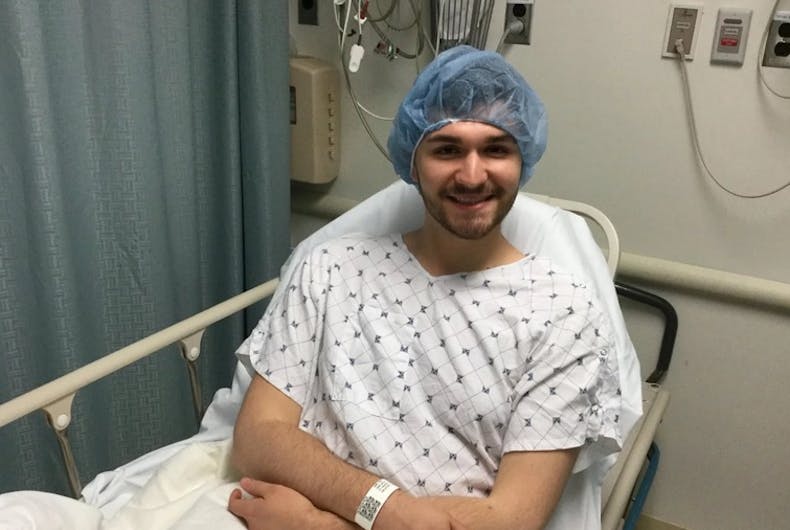 A bi man donated a kidney to protest the gay blood ban.

Currently the FDA bans any man who had sex with another man in the previous year from donating blood. The policy has been criticized by LGBTQ organizations for being based on homophobia.

Barton Lynch, 24, lives in Virginia and he regularly gave blood as a way to honor his father, who was diagnosed with cancer when Lynch was in college.

But he started dating men as well as women, which means that he can no longer donate blood.

The policy “frustrates me to no end, because I think it’s based on outdated science and outdated [HIV] scares,” Lynch told the Washingtonian.

“Other countries have changed their collection procedures and they’re not showing adverse effects, so it just seemed like this was one more reason to do it.”

So he decided to donate a kidney instead. While men who have sex with men can’t donate blood, they’re allowed to donate organs and bone marrow.

“I didn’t go to work for three days, so that someone could have their life given back to them,” Lynch said.

He also sent a letter to the Secretary of Health and Human Services asking for an end to the gay blood ban.

“The questionnaire you fill out when you give blood doesn’t cover risky behavior, except for the question, ‘Have you had sex with another man?’” Lynch said.

He said that he doesn’t know anything about the person who received his kidney, just that that surgery to transfer the kidney was a success.

A Protest Out Of Pride: London 2019 Was A March, Not A Parade

Aaron Carter claims he was ‘misconstrued’ over coming out as bisexual

After Trans Teen Takes Her Life, Her Mother Shares Story to Help Others